The Way We Think About Volunteering Is Dead Wrong

RIGHT NOW, you have the ability to give 3 things: wealth, wisdom, and work.

My goal is to blow a hole through the most common assumptions you have about #3:

In my last article I talked about the ladder of success and how people who GIVE are either at the top of the ladder…or way at the bottom.

Givers at the top are strategic, and I call them Providers. These people, the strategic givers, do something that givers at the bottom of the ladder do not: they cut through all the negative self-talk and faulty assumptions around giving.

In doing so, Providers give in ways that actually drive growth and retention for their businesses…and in their lives.

Hold on. I’m not going to convince you to start giving away a ton of your time. That’s irresponsible. It’s not strategic. Instead I’m going to show you how to maximize your impact with a small amount of time. That’s called scaling your impact. That’s strategic.

How is that possible?

It begins by ignoring the invisible scripts running through your mind. You know, the head talk that keeps persuading you why NOT to volunteer. Those talk tracks and assumptions don’t serve you. In fact, it’s precisely those scripts that prevent you from achieving personal and professional growth.

Script #1: “I don’t want to give so much time that I become a victim of my generosity.”

Second, research shows that the happiest volunteers are those who give 2 hours per week. That’s it. 2 hours.

The best part about giving 2 hours: it’s where happiness and impact intersect at their maximum.

Volunteering 2 hours every week makes you feel the happiest while making the biggest impact.

This completely flies in the face of people who recommend one-off volunteering events.

“Do you know of any volunteer opportunities that I can do for a couple of hours?”

It’s probably one of the most common things I get asked.  Yeah, I know a few one-off volunteer opportunities around the community, but I don’t know why you’d want to do them.

Here’s the deal: you know better. You’re smart. You know nothing good can be accomplished in 2 hours once a year. (And don’t give me that shit about how it’s the effort that counts).

One-off volunteering is a waste of time and you know it. Zero fulfillment. Zero impact.

If the answer to any of these is yes, then it’s time to restructure how you give. Encourage yourself and your employees to sign up for something that is a consistent 2 hours per week without any cognitive load.

Volunteer 2 hours a week and watch your happiness go up as well as the happiness of your employees.

You’ll actually get burned out by giving too little.

Think of it like the J curve in business. You’re at point A and start going down the curve of the “J.” If you don’t make a big enough effort to get up the curve towards point B, you turn around and end up back at point A.

Hindsight bias tells you that trying to get to point B wasn’t worth it. In the context of volunteering, that means volunteering isn’t worth the time. 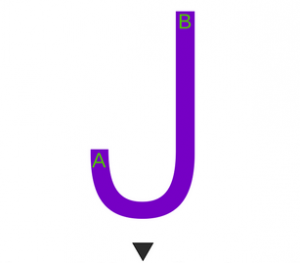 “It’s not worth giving more. I’m turning around.”

This is what you need to know: research clearly shows that those who volunteer 100-800 hours a year, or 2-16 hours per week, are happier than those who give less than 100 or more than 800 hours.

This is what makes someone a Provider. They know that by giving the right amount, they maximize their energy.

In order to burnout by giving, you’d have to volunteer more than 16 hours per week. I know for a fact that no entrepreneur is going to do that.

You don’t burnout by giving too much. You burnout because you don’t give enough.

Moreover, one study said that there are no benefits of volunteering more than 100 hours per year. Chew on that.

Providers – those who give strategically – not only build social capital, but they build reserves of happiness and meaning as well.

Bleeders – those who do not give strategically – end up burning out because they deplete their happiness reserves. They feel exhausted and unfulfilled.

Takers and Matchers were never givers to begin with, so they don’t have access to social capital and they burn out quickly.

What’s interesting is that Takers and Matchers give advice about being careful with how you give. The (sad) truth is that they have no idea what it means to really give and be happy.

In order to give back like a Provider, you need to know this: Providers look more selfish than Bleeders, but Providers are the ones who end up doing more because they don’t burnout like Bleeders.

One of the greatest fallacies about volunteering is that you can actually cause yourself harm, either by becoming a victim of your generosity or by burning out.  We now know neither of these are true.

I’m all fired up…

Read the next 2 rebuttals >>