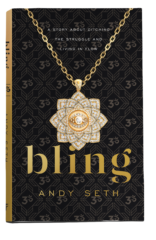 The Way We Think About Volunteering is Dead Wrong: Part III

We all live on one of those sides, and if you’re an entrepreneur, you live on the edge.

The giving I’m talking about here is in terms of time. AKA: volunteering.

In the last part of my series, The Way We Think About Volunteering Is Dead Wrong, I’m going to debunk 2 more commonly held misconceptions about the way you give your time.

(RELATED: Missed the first part of the series? Read Part I here and Part II here.)

Misconception #1: It’s best to spread out volunteering into short chunks of time.

Imagine you decide to volunteer 2 hours of your time every week. You can either break that 2 hours down into 30-minute intervals 4 times a week or keep it as a single, 2-hour block of time once a week. Which is better?

A lot of people say 30 minutes 4 times a week is better. Supposedly stretching out your volunteer work like that makes it feel less “painful” in the sense that the volunteer work just becomes part of your day.

At the core of this argument is the assumption that it’s best if volunteer work takes up the least amount of your time in any single day.

What people fail to realize is that by taking this approach, they actually reduce two things.

#1: They reduce their impact.

#2: They reduce the fulfillment they receive via a feedback loop.

Let’s look at the first one.

People make an incorrect assumption that they’ll be able to accomplish as much in 30 minutes a day over the span of 4 days as they would in a single 2 hour time block.

There’s a pretty famous study that explains the difference between batching and single instance workflows using envelope stuffing as an example. The gist of the study goes like this: someone has to sign a letter, fold the piece of paper, stuff it into an envelope, lick the envelope, close the envelope, address the envelope, and put a stamp on it.

Most people think Person A is more efficient than Person B. They think that doing a repetitive task like licking envelopes over and over again creates more efficiencies because you’ll get better at what you do. You’ll be more focused on one task and keep hammering it out.

The same theory applies to volunteerism. The volunteer who divides their giving into 30-minute chunks 4 times a week is Person A. Person B is the volunteer who gives 2 hours once a week and is more efficient than Person A.

People forget to take into account all the micro steps that occur between the major steps. There’s a setup time and a teardown time for your brain to make the mental switch between work and volunteer.

The actual impact of that 30-minute volunteer chunk is closer to 20 minutes, maybe 25 if you’re efficient, because of the mental setup and teardown that has to occur.  Not to mention that you physically have to go back and read old emails. We’ve all done it. I’ve certainly done it.

Splitting your volunteer time into smaller chunks always reduces your overall impact, but it’s not the only thing that gets reduced when you divide up your volunteer hours.

Fulfillment is directly correlated to happiness.

When you volunteer once a week for 2 hours, you can completely shift out of your work mindset and really get into the volunteer headspace. You get a much greater sense of immediate gratification because you’re able to separate the two tasks and mentally account for each one.

I’ll give you a real-life example to make this concept clear.

What do we do when we receive our tax returns, get a bonus, or find a 100 dollar bill?

Do we save it? Do we treat it as income? Or do we allocate it to something else?

Technically it’s all just income, right? So we should split it up by putting some of the money towards paying off expenses and put the rest in savings. But we don’t do that. We treat ourselves with the extra money because we’ve mentally accounted for it as something separate from our bucket of income.

The same thing happens with time. We all have one big bucket of time, but we mentally account for chunks of time differently.

As a result, you can literally hack how you derive happiness from mentally accounting for your time differently.

In other words: If you don’t mentally account for volunteer and work time differently, volunteering becomes just ANOTHER task to do in the middle of your hectic workday and you wind up unfulfilled and stressed.

I put together what was known as a Volunteer Day in one of my organizations. It was a paid workday, once a quarter, where one person on the team decided on a volunteer activity for everyone else to do.

I really put a lot of thinking into Volunteer Day, believing that it would be a great way to get our already-charitable team volunteering on their own time.

It would show that our company cares about the community enough to take an entire day off work to volunteer. I thought this would be a good alignment of values. Effectively the entire team was getting paid to volunteer because we did it during a paid workday. I never asked for any of their weekends or personal time. How could they argue with that?

I thought it sounded like a plan with good reasoning behind it. It sounded sustainable. Most of all, it was an idea that came from a good place.

Damn was I wrong.

Turns out that the team collectively stopped doing the Volunteer Day when I transitioned out of the organization.

That surprised me. I thought I had left behind a legacy in terms of community involvement. I wanted to know why they stopped doing Volunteer Days. Where were the leaks in my idea?

Looking back in hindsight, I found some mistakes in my plan.

The 1st Hindsight Mistake: Assigning one person to decide where we would volunteer for the quarter.

In order to prevent overburdening everyone, I decided it would be best to have only one person decide where we would volunteer for that quarter. I found that what’s important to one person isn’t necessarily important to everyone.

The 2nd Hindsight Mistake: Planning volunteer days once a quarter.

The one-off structure of these once-a-quarter volunteer days prevented employees from experiencing true fulfillment. They lacked a tight feedback loop and the team never saw the result of their work.

I learned that volunteering once per quarter does not provide the same level of fulfillment and happiness that regular volunteering provides. The team ended up in a situation where levels of engagement were dropping fast.

Volunteer Day was an obligation. The team was required to attend. As a result, Volunteer Day didn’t have the social norms that typical volunteering has.

I believe this is the biggest mistake of them all.

I blended social norms with economic norms, but behavioral science tells us there’s a difference between the two.

When you invoke an economic norm, people put a value on their time.

When you invoke a social norm, which comes from the goodness of the heart, people are more willing to do things that are beyond regular compensation.

I told my team that they’re getting paid to volunteer on a workday. Cool!

But not really. Now volunteering was an obligation and not from the goodness of their hearts. The team started to calculate the opportunity costs of whatever they could be doing that day that was more productive.

It all goes back to motivators and values. (You know, those forces that drive our behavior?)

And it’s these motivators, from this experience, that taught me a lesson so valuable it’s only right to share it with others who share my motivators and values.

My Lesson For Entrepreneurs

People — like entrepreneurs — who value a return on investment act accordingly. They put everything through a utilitarian lens and use that to make decisions

Is this worth my time?

Is this worth my money?

Will I get a return on it?

Become a Mentor with Minds Matter

100% of MMD’s low-income, high-achieving students go to college on scholarship.

Each student is paired with 2 mentors who give 2 hours of time each week during the school year.

New to Minds Matter? Click here to learn more about The Cause

When you value helping others for the sake of helping others, your social value is higher and your behaviors reflect it. People with a high social value are typically entrepreneurs who are driven by the desire to help others. Yes, you’re in business to create a profit off of an idea, but the idea started with solving a problem for someone.

Entrepreneurs inherently have medium to high levels of social value.

It’s really important that you don’t become a victim of your high social value.

I’ll give an example to put this into practice.

Let’s say that you are scheduled to go volunteer on a Monday night for 2 hours, but now a prospective client asks you to go out for dinner.

My advice to entrepreneurs: you don’t have to look at this through a binary lens. Invoke your utilitarian value and look at your volunteerism with that lens. The volunteer opportunity is both a social value (helping others) and a utilitarian value (building your leadership, expanding your network, forming relationships). Maybe you just had a bad day and volunteering is that jolt of energy or inspiration you needed.

The whole point is for you to become a better giver. A more strategic giver.

Why? Because entrepreneurs are a unique bunch. They’re people who have the opportunity to literally change the world. They’re some of the only people in this world who can solve problems for others with a creative angle.

They just can’t let the false assumptions around volunteering prevent them from doing it and doing it well.